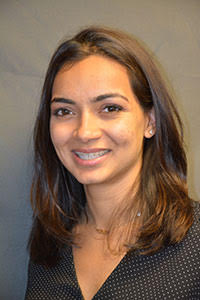 At Hardy Pediatric Dentistry & Orthodontics, we love kids and are dedicated to providing our young neighbors and patients around or near Frederick, CO the best pediatric dental care. Kids dentist Frederick, CO Dr. Nam, and the entire team will ensure that you and your child are informed every step of the way. Our Pediatric Dental Frederick clinic is a calming and fun atmosphere whether it is your child’s first visit or a routine checkup. Some of the treatments provided are Sealants in Frederick, Laser dental care in Frederick, Frederick Lip Tie Surgery, Frederick Tongue Tie Surgery, and Frederick Frenectomy.

Visit our website to learn more about our dentist for kids Frederick, CO services. Below is a detailed map of our clinic near Frederick, CO area. If you have any questions or would like to schedule an appointment for Pediatric Dentistry Frederick, CO please contact us.

Dr. Namrata Hardy, Pediatric Dentist Frederick, CO, is board-certified and has undergone extensive specialized training to meet the needs of her young patients, from infancy until adulthood. She has been honored for her service to the community near Frederick Colorado with the title of Top Pediatric Dentist of Colorado and 5280 Dentist of the Year. These and other dentists for kids Frederick, CO honors were bestowed upon her in recognition of her ongoing education, remarkable experience, professionalism with patients, use of cutting-edge procedures and technologies, therapeutic outcomes, and overall Pediatric Dentistry Frederick. As a dentist for child Frederick, she has also worked as part of the team at Children’s Hospital of Colorado, which treats and heals more children than any other hospital in the seven-state region. Dr. Nam is a member of the American Academy of Pediatric Dentistry (AAPD), a member of the Colorado Dental Association (CDA), a member of the Metro Denver Dental Society (MDDS), and a board-certified of the Diplomate of the American Board of Pediatric Dentistry. And because she is also a mother, you’ll have peace of mind knowing that your children will be cared for in a compassionate, safe, and pleasant environment while at Hardy Pediatric Dentistry & Orthodontics.

Initially named McKissick for the mine owner, Frederick was renamed when the daughters of Frederick A. Clark, a land owner, laid out the town site in 1907 and named it for their father. Incorporated in 1907, the Town of Frederick began as a coal mining town attracting immigrants from Italy, France, Greece, Turkey, several Slavic countries and Latin America. The Frederick Coal mine closed in 1928.

In 2014 the town 're-branded' by designing a logo that is a stylized gas lamp with a mountain range background, and adopting the tag line "Built on What Matters". Prior to the re-branding the town primarily used the seal as a logo on town vehicles and letter head. (Source: Wikipedia)